The primary responsibility of the SOHO Scientific Committee is to review abstracts submitted for the annual meeting. Members of the committee provide accept-or-reject decisions for each abstract in addition to selecting abstracts for oral presentation and poster presentation. Committee members evaluate the quality of submitted abstracts on the basis of the following criteria: novelty of the research, significance of the findings and clarity. 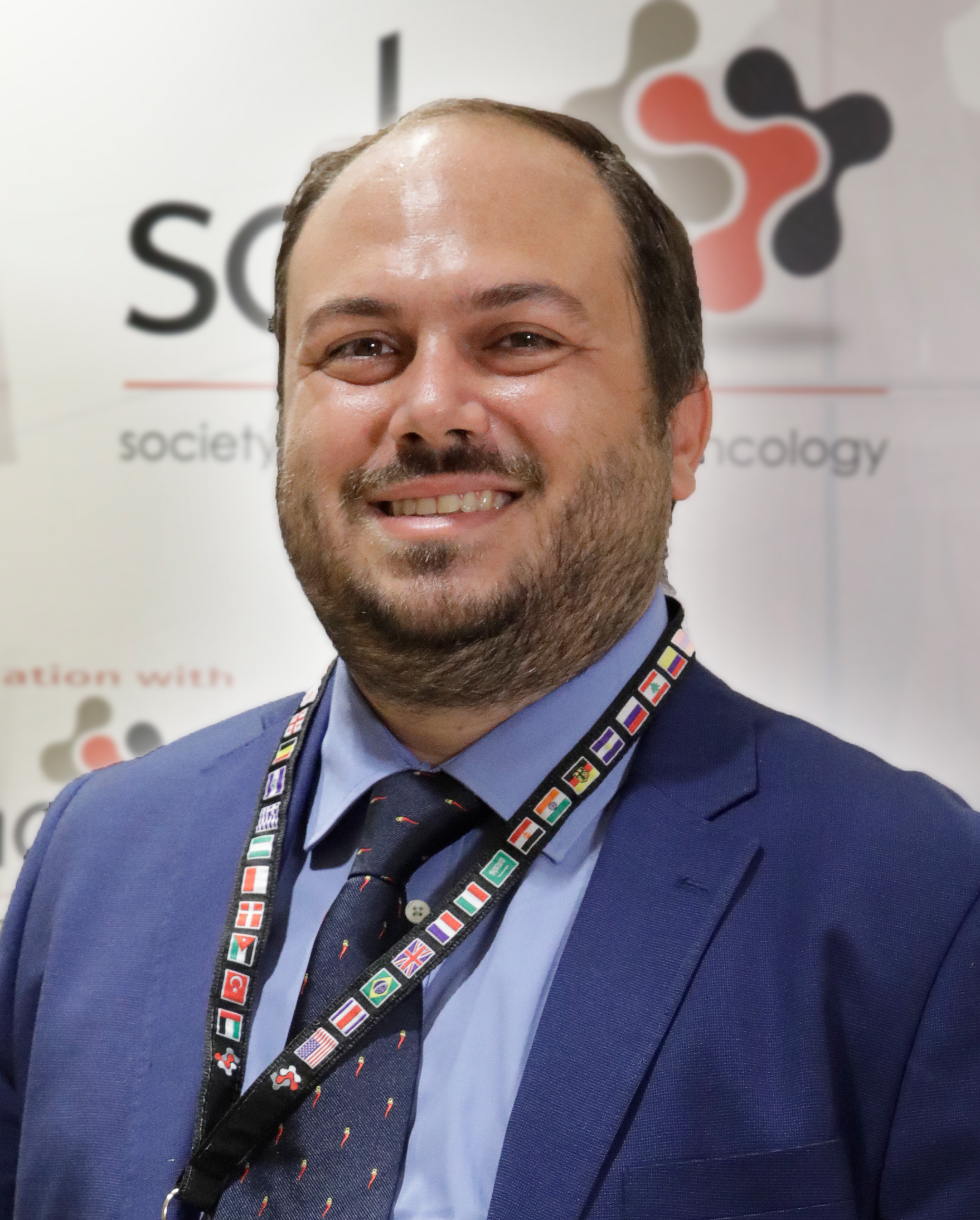 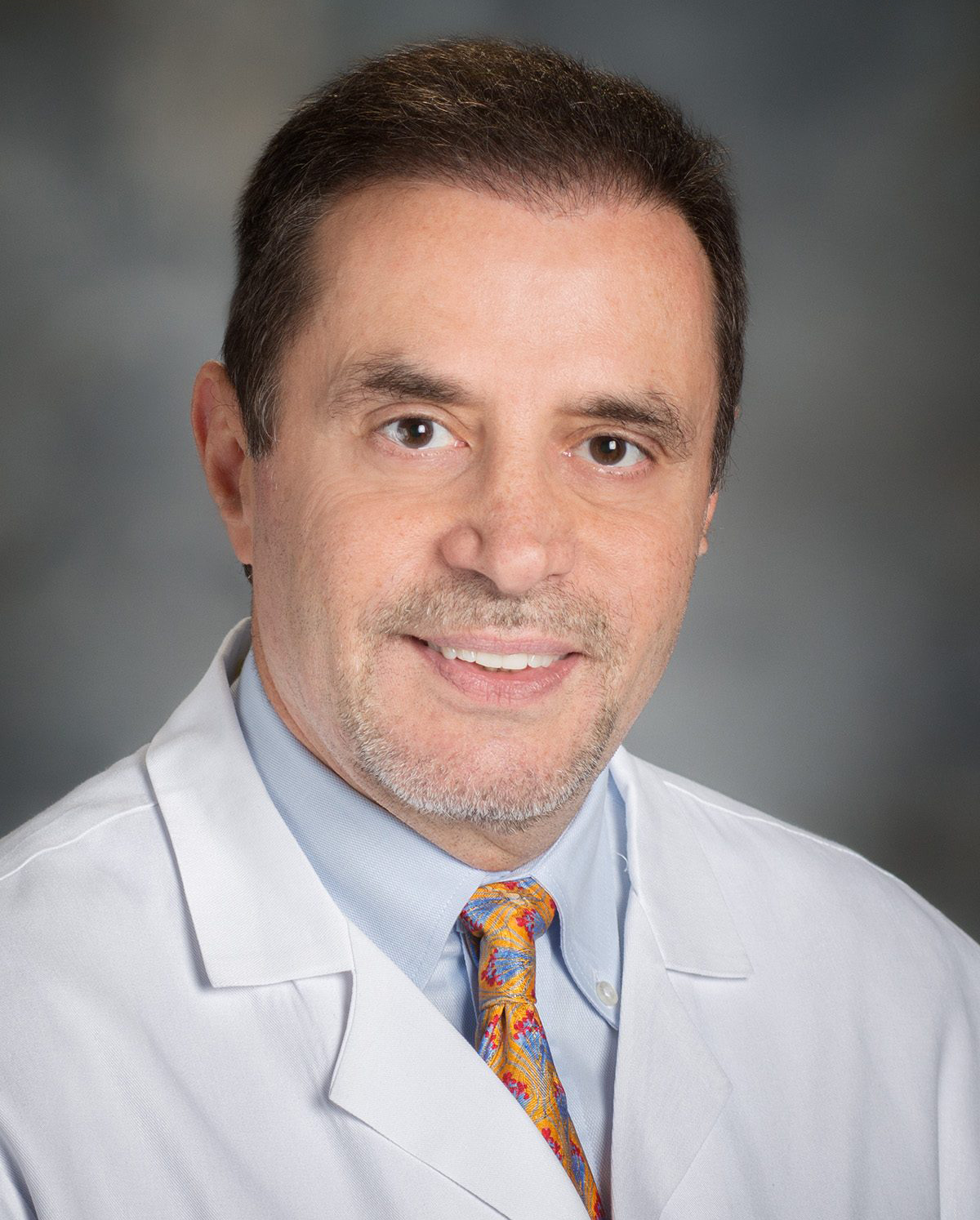 Hagop Kantarjian, M.D. is professor and chair of the Department of Leukemia at The University of Texas MD Anderson Cancer Center, where he is also the Samsung Distinguished Leukemia Chair in Cancer Medicine. He is also a non-resident fellow in health policy at the Rice University Baker Institute. Doctor Kantarjian has received several prestigious honours and awards including the 37th Jeffrey A Gottlieb Memorial Award (2012), the John Mendelsohn Lifetime Scientific Achievement Award (2008), the Joseph H. Burchenal Memorial Award (2013),the Charles A. LeMaistre, M.D. Outstanding Achievement Award in Cancer (2014), and America’s Top Doctors, Castle Connolly Medical (2003-present). He was also selected the top Castle Connolly National Physician of the Year Award for Lifetime Achievement (2014). Doctor Kantarjian’s research focuses on translational-clinical developmental therapeutics in leukemia. 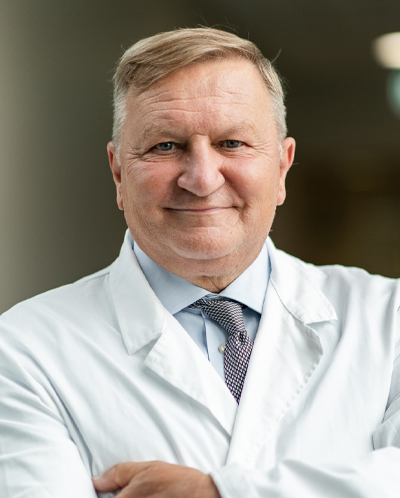 Professor Giovanni Martinelli is scientific director of Istituto Scientifico Romagnolo per lo Studio e la Cura dei Tumori (IRST) Srl – IRCCS, in Meldola (FC), Italy.
Until December 2017, Professor Giovanni Martinelli was associate professor of Hematology at the Institute of Hematology “L. & A. Seragnoli”, Azienda Ospedaliera S. Orsola-Malpighi at the University of Bologna, Italy. His main fields of research are AML, ALL and CML, including research on targeted therapies in major hematological syndromes: Acute Leukemias, CML (both Philadelphia-chromosome positive and non-positive), and hypereosinophilic syndrome. 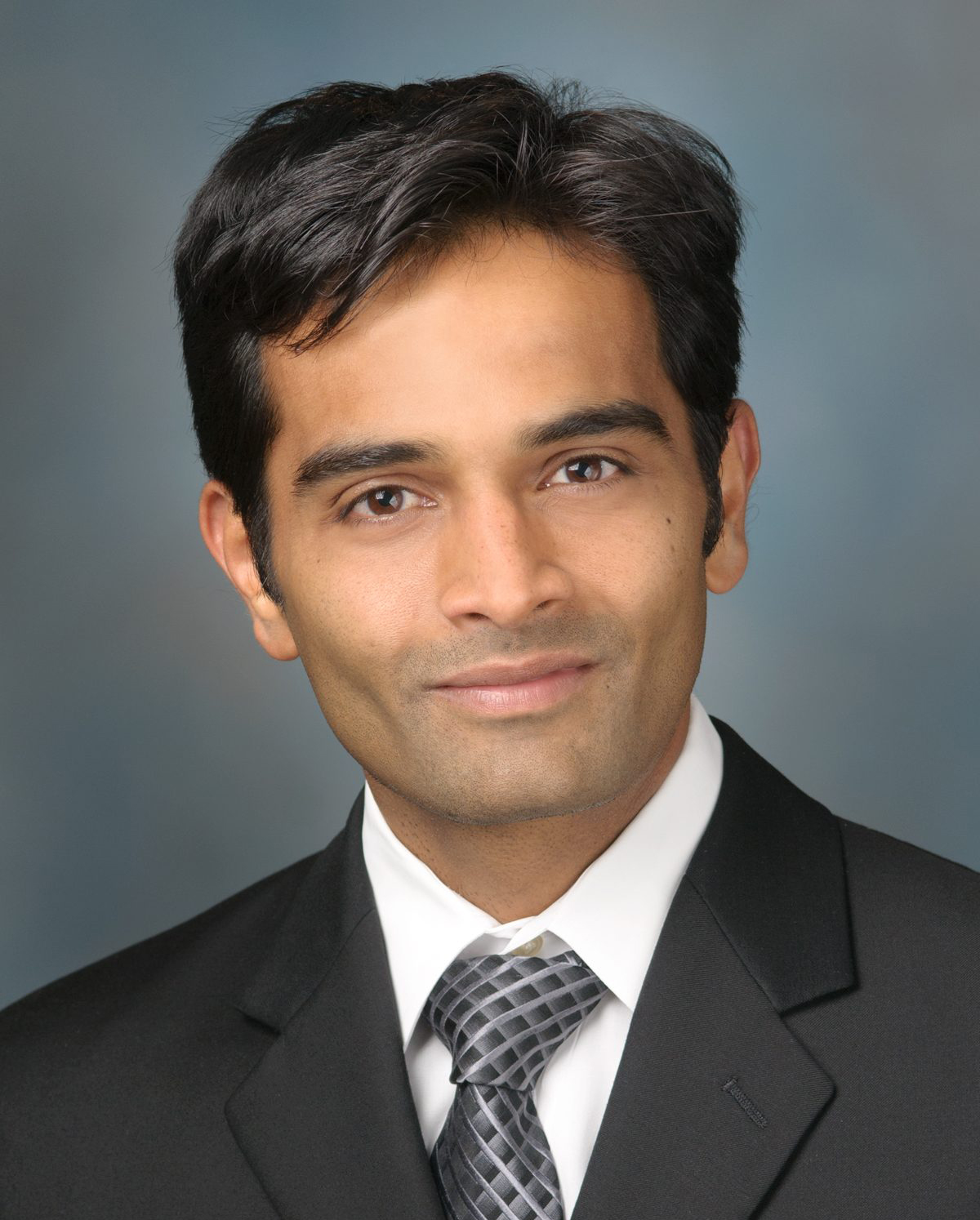 Naval Daver is an Associate Professor in the Department of Leukemia at MD Anderson Cancer Center. He completed his medical school from Grant Medical College and Sir J group of Hospitals Mumbai, followed by a residency and fellowship in hematology-oncology from Baylor College of Medicine. He is a clinical investigator with a focus on molecular and immune therapies in AML and Myelofibrosis and is principal investigator on >25 ongoing institutional, national and international clinical trials in these diseases. These trials focus on developing a personalized therapy approach by targeting specific mutations or immune pathways expressed by patients with AML, evaluating novel combinations of targeted, immune and cytotoxic agents, and identifying and overcoming mechanism of resistance. He is especially interested in developing monoclonal and bispecific antibodies, immune checkpoint and vaccine based approaches in AML, MDS, and myelofibrosis and is leading a number of these trials at MDACC. Dr. Daver has published >150 peer-reviewed manuscripts and is on the editorial board of numerous hematology specific journals. He has also authored numerous abstracts at national and international conferences. 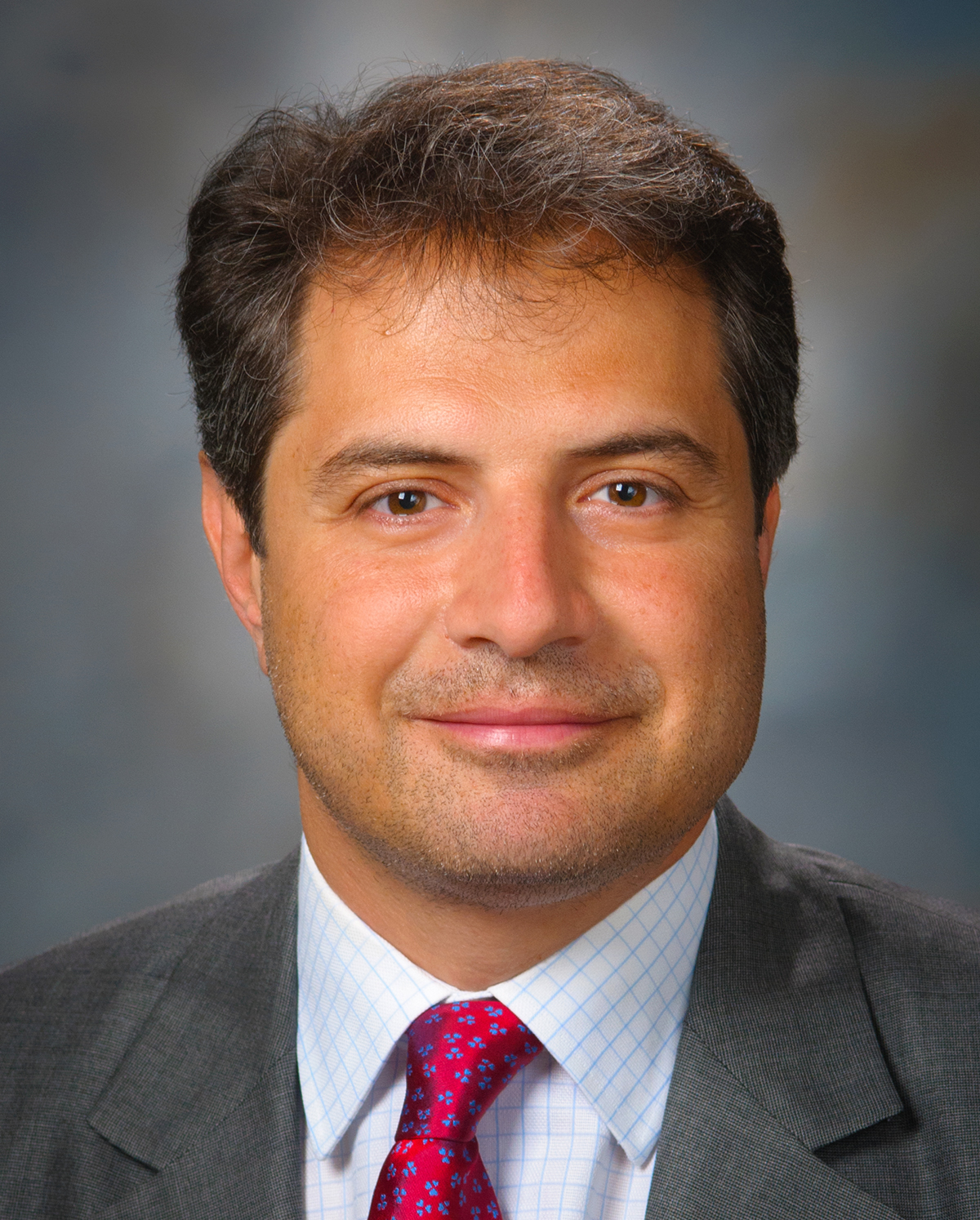 Elias Jabbour is a professor at the University of Texas M D Anderson Cancer Center. He graduated from the Saint Joseph’s School American of Medicine, completed a residency at the Hotel Dieu de France University Hospital and in 2001, he pursued in fellowship in haematology-oncology at the Gustave Roussy Institute. Dr. Jabbour is actively involved in research in both acute and chronic forms of leukaemia. He was actively involved in clinical trials that lead to the approval of several drugs in chronic myeloid leukaemia, myelodysplastic syndromes, and acute lymphoblastic leukaemia. He has authored or co-authored over 400 peer-reviewed publications and abstracts and serves as a reviewer for many scientific journals. Dr Jabbour has received several prestigious awards, among them merit awards from the Society of Clinical Oncology (ASCO; 2005, 2006, 2007) and the American Society of Hematology (ASH; 2005, 2006, 2007). He also received several other honours, including the Kimberly Patterson and Shannon Timmons fellowships and the highly coveted Celgene Future Leader in Hematology (2007) and Young Investigator in Hematology (2016) awards. 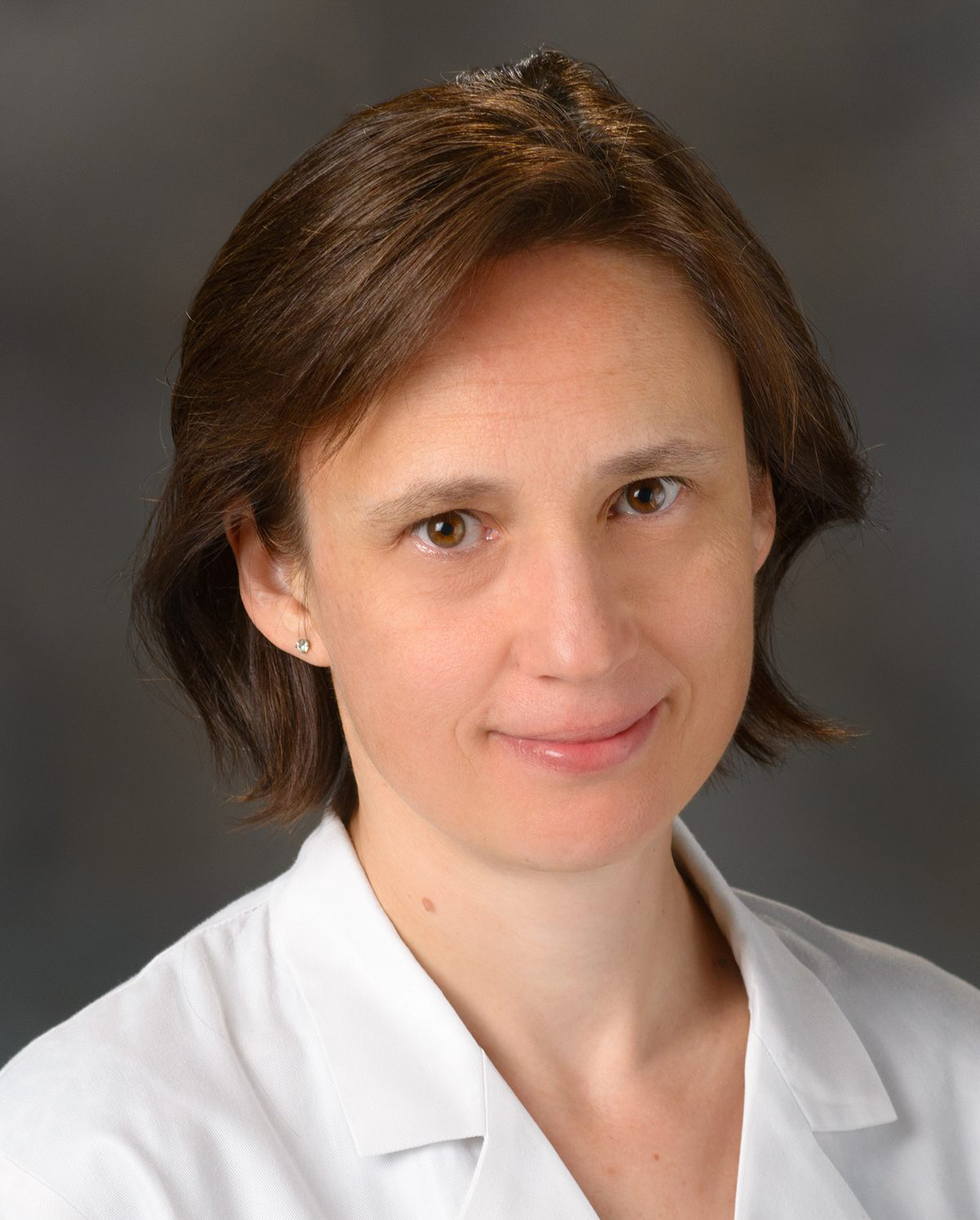 Marina Konopleva is a Physician-Scientist, Professor, and active member of the clinical faculty in the Departments of Leukemia and Stem Cell Transplantation. Her laboratory is studying novel agents in acute myeloid and lymphocytic leukemias, focusing on BCL-2 targeting and agents targeting leukemic microenvironment and metabolism. Dr. Konopleva has extended her research to include clinical translational investigations and has developed clinical trials based on laboratory discoveries. These include BCL-2 inhibitor venetoclax, inhibitor of oxidative phosphorylation, CXCR4 inhibitors, AKT and mTOR inhibitors and hypoxia-activated prodrugs. She has also been an active mentor to trainees including undergraduate, medical and graduate students, post-doctoral fellows who have trained under her direction in support of her various laboratory grants and projects.

This website uses cookies to improve your experience while you navigate through the website. Out of these, the cookies that are categorized as necessary are stored on your browser as they are essential for the working of basic functionalities of the website. We also use third-party cookies that help us analyze and understand how you use this website. These cookies will be stored in your browser only with your consent. You also have the option to opt-out of these cookies. But opting out of some of these cookies may affect your browsing experience.
Necessary Always Enabled
Necessary cookies are absolutely essential for the website to function properly. These cookies ensure basic functionalities and security features of the website, anonymously.
Functional
Functional cookies help to perform certain functionalities like sharing the content of the website on social media platforms, collect feedbacks, and other third-party features.
Performance
Performance cookies are used to understand and analyze the key performance indexes of the website which helps in delivering a better user experience for the visitors.
Analytics
Analytical cookies are used to understand how visitors interact with the website. These cookies help provide information on metrics the number of visitors, bounce rate, traffic source, etc.
Advertisement
Advertisement cookies are used to provide visitors with relevant ads and marketing campaigns. These cookies track visitors across websites and collect information to provide customized ads.
Others
Other uncategorized cookies are those that are being analyzed and have not been classified into a category as yet.
SAVE & ACCEPT
Powered by